After decades of decline, the incidence of cervical cancer is again on the rise, especially in women under age 50. According to the American Cancer Society, about 80,000 women are now diagnosed with cervical cancer each year, but the malignancy is invasive in only 16,000 of these cases. (Invasive cancer may cause unusual vaginal bleeding, a watery discharge, and dull pelvic pain.) The remaining 65,000 have carcinoma in situ, an asymptomatic preinvasive condition. Cervical cancer most commonly develops between the ages of 40 and 55. Its precise cause is unknown, but factors linked to an increased risk include beginning sexual intercourse before the age of 18 and having multiple sex partners; contracting genital warts; and tobacco use. Some studies also suggest that use of oral contraceptives increases risk; others implicate a deficiency of folic acid.

The best means of early detection is a pap smear, which all women should have at least every three years, and more often if they have any of the high risk factors listed above. In a pap test, a sample of cells is collected from the cervix and sent to a laboratory for evaluation. If abnormal cells are detected, colposcopy will usually be done to locate the site of the abnormal cells and biopsy them. This is achieved with the aid of a colposcope, a slender optical instrument with a light at the end to magnify the surface of the cervix and vagina. Fragments of cervix will be removed and studied by a pathologist (punch biopsy) to determine whether the cells show dysplasia, a change in tissue that may develop into carcinoma in situ or more invasive cancer.

In some cases of mild dysplasia, no treatment is given, but frequent pap smears and physical examinations are performed. More often, the abnormal tissue is destroyed using one of three methods: a freezing technique called cryosurgery; hot cauterization with an electrical probe; or laser surgery. Treatment of cancer depends upon its stage . Carcinoma in situ is sometimes treated with conization , which usually preserves a woman’s ability to have a baby. In other cases, radiation therapy or a hysterectomy may be advised, especially if a woman has completed her family or is past menopause. More extensive cervical cancer almost always requires surgery, often a radical hysterectomy. This operation may be followed up with radiation therapy. Occasionally, radiation precedes or substitutes for surgery. Radiation can be administered externally in the form of low dose X-rays, or internally as radioactive rods inserted into the vagina and uterus.

While there is no substitute for medical care of cervical cancer, acupuncture, meditation, and other relaxation therapies may be employed to control pain. More controversial is the use of garlic inserted into the vagina. Though it is said to have anticancer properties, it is highly irritating to mucous membranes.

After cryosurgery, use sanitary napkins, not tampons, to absorb discharge. Plan on at least six weeks to recover fully from a hysterectomy. In the mean time, avoid lifting heavy objects and any other activity that will put a strain on the incision. If constipation is a problem, use a stool softener. Following treatment for cervical cancer, check with your doctor before resuming sexual intercourse, although it is usually safe when healing is complete.

Other Causes of Cervical Symptoms

Polyps, infections, and chronic pelvic inflammatory disease can produce bleeding, pain, and other symptoms similar to those of cervical cancer.

If you have ever sought after to have a set of six-pack abs, subsequently this will be the most essential piece of writing you will ever study.

Building up your abdominal muscles acquires work and strength of mind but the hilarious thing is, once you have got them, they are appealing a lot there to reside. The scam to getting in progress is to be dedicated for ninety days. Once you have passed beyond the first three months the rest is a gust. In addition, some time ago you have built up and toned those muscles, you scarcely have to do any effort at all to keep them up.

To the extent that what workout you have to do, you will want to select seven highly effectual workouts (similar to the ab bicycle and the overturn chomp). Act upon between ten and twenty-five repetitions for every set of workouts. Do again those seven workouts three times for a sum of twenty-one sets in all. 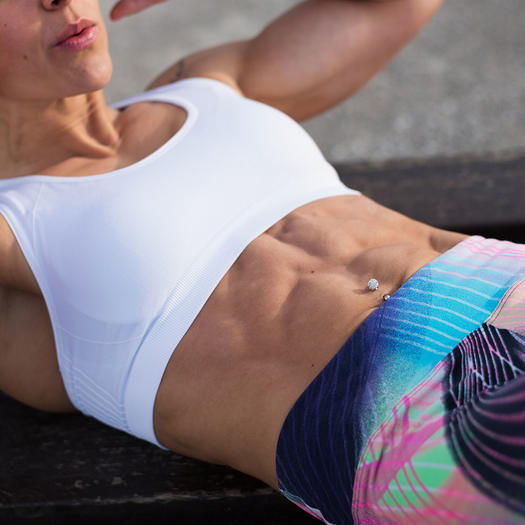 Once you have done that exercises, wait for a whole day before performing it again. You require giving your abdominal muscles a short time to rest and repair themselves to build up and grow.

At present to the surprise, you can entirely work your abs for just about fifteen minutes per day. So building up a great set of abs doesn’t in fact have to be all that time overwhelming.

The actual secret to build up a dazzling set of six pack abs is not merely in relation to abdominal exercises, it has much further to do with what you perform outside of your abdominal work out schedule.

This can never be shocking to you, but you have to lessen your body fat proportion if you desire to see those ripples. But don’t get worried, burning fat can be tremendously easy if you take phenq diet pills.

The other part of the recipe is to engage in cardiovascular workouts (like swimming, riding a bike, jogging or also skipping rope) for just half an hour at a time to raise your metabolism as well as to process food quicker in your body. Once you are able to digest your food faster, it’s easy for your body to start using the fat stored as energy.

The additional thing that’s as well enormously significant is what you devote to your body to give energy. Enclosing healthy eating habits that gives energy to your body with the correct type of nutrients will build a huge variation in your fat burning attempts.

Once the fat is going to be out of the way and have efficiently learnt how to maintain it off, your abs will demonstrate through and you will have that washboard appear in an instant.

Unluckily, performing abdominal workouts alone doesn’t assist much to burn obese, but mixing an ab exercise with a cardio practice and a healthy consumption plan will certainly lead to a well-built sexy set of six-pack abs that will make everyone salivate.